Today on Facebook I shared the story of a woman who helped another younger woman  with epilepsy. What does this have to do with a cookie you might ask? Well hang in there and I’ll tell you.
Let me sum up the story of those two women (for those who didn’t see the post). Read here is you want to see the story in full!
Erynn was travelling home on the train when she was approached by a young woman. The young woman was holding out a piece of paper that said “seizure plan”. The younger woman knew she was about to have a seizure and was needing a little support and asked Erynn to stay with her until Erynn was going to get off for her stop. The young girl had moved her purse and folded her scarf to catch her own head when the seizure started. Erynn (chose to miss her train stop because she wanted to make sure the girl was okay) read the seizure plan and followed it. It became her anchor. Erynn times the seizure as directed. After 3 minutes the young woman comes around and they chat briefly before having a second seizure. The seizure plan becomes an anchor again as it explains the young woman has these seizure one to four times a day and means that sometimes they can last up to an hour. “Just think about that for a second. Think about being randomly completely vulnerable multiple times a day, and this is just... every day.”
When the young woman comes around again she is so tired she just wants to go home. So that’s what Erynn helps her to do. She doesn’t call the ambulance or leave her in the hands or someone else, because that isn’t what she needed. In fact it could have made it worse as loud noises and flashing lights are triggers for her seizures, and both are common with ambulances. Plus, it would undoubtedly cost money and get her further away from her home. This is a daily occurrence for the young woman. She seizes a few more times under Erynns watchful gaze. Each time the young woman carefully tucks her scarf under her head.
Erynn could have so easily made it someone else problem. But that’s not what the young woman needed. She needed to be supported. All the young woman asked of Erynn was to be accommodated until Erynn needed to get off the train. But Erynn went beyond that.
The young woman needed a lot more kindness than she asked for.  Erynns post calls us to be a kinder community to everyone and not just be ‘accommodating’ because that is how as a community we thrive.
“Accommodation is the bare minimum. If I sat with her until my stop and then left, that’s what accommodation looks like.
It’s not good enough. Not for me, not for her, not for community and not for our world. 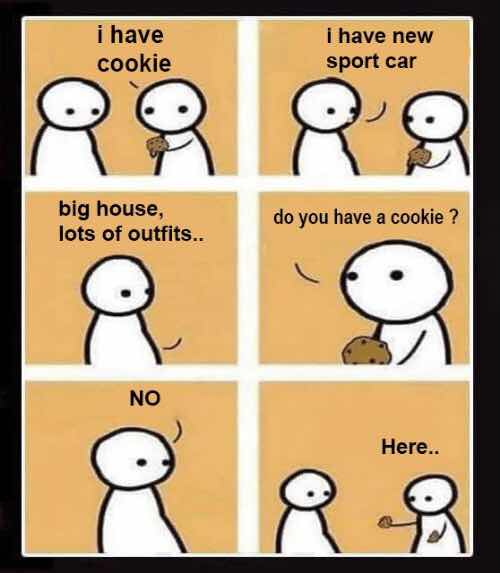 
*Everyone wants love and kindness. I also know not everyone you meet will be kind to you. Love bravely and act kindly but use both your intuition and your head to make cleverly kind choices. You can be safe and still challenge your own social predispositions towards other peoples, cultures, religions, sexes, creeds, abilities and genders so you can make wise and kind choices! Good luck! 😘❤️
Posted by 365 Days of Kindness at 6:09 AM