Hey guys,
as you know I have been busy with telethon, road trips and NaNoWriMo. So its time to enter the real world again and start sharing these things before the end of the year. I cant believe its already December! I mean... when did that happen? So fast, I hear you say! Well today I put up the Christmas tree for mum and put on Christmas music, all whilst wearing a Santa hat for good measure.

I know Christmas is not everyone's favorite time of year and I understand why. I have lost family and friends around this time of year. I have witnessed family torturing each other because Christmas can bring out the best and worse in people. So this year i plan to make Christmas fun. But before i say too much more, I want you to think about what you can do to make this Christmas KIND for you and your families and friends. It is along this track that i have some things to share with you in the next few days regarding my "TOP SECRET" mission. More information to come. I will keep you posted! :)


Anyways, here is the kindnesses for:

September 1: I got up early (on the day I had planned for my sleep in) to babysit my sick niece and take her to the doctor. Whilst her dad and brother were at sport and her mum was at work! I also bought my mum and niece morning tea at a gourmet Cafe. I also managed to put my niece to sleep in the afternoon (a near miracle – except when she is sick). I also put some dish washing away and helped do a quick tidy up at my sisters house.

September 2: Today I took my father out for lunch for fathers day and bought him a beer (a rare treat he really enjoys). I also took a cake to a man who is like a father to me. And I took some passion-fruit to another man who is a father, on fathers day. I also chatted happily with a store owner and with a sales assistant to make their day better.

September 3: said “Bless you” to a stranger and took rubbish to the bin for other people. I also handed out files for distribution for some colleagues.

September 4: I held the door open for several people through out the day and complimented a cook on his lovely simosa's (that he made especially for us to try). I also complimented him on his art which I accidentally came across. I also made some more crafts for dads community day.
September 5: Today I sponsored “Make a Wish Foundation Australia” by purchasing products from Creative Memories an awesome scrap-booking company (that my sister is a consultant for too). Win/win right? I also held the door open for others today, put others rubbish in the bin and helped a friend out with a party.

September 6: Whilst eating dinner at a food hall I noticed the cleaner meticulously cleaning each table and the chairs too. I made the point of telling her what an awesome job she was doing. She left us at our table a lot brighter for it.

September 7: I helped a lady in the city by pointing her in the right direction when she looked a bit lost (I saw her and stopped to give her directions). 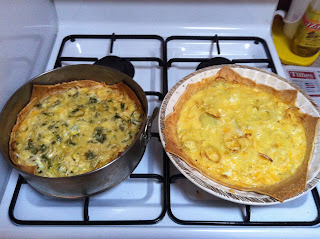 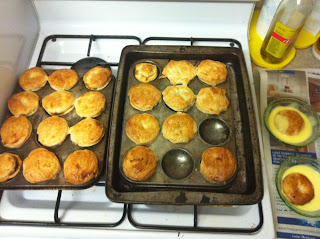 September 9: I shared my home made fruit mince pies with visitors. I also spent some time playing video games with my nephew and tea-party games with my niece.

September 10: I said “Bless You” to a woman on a train after she sneezed, then smiled at her when she said “thank you”. I also took “Milky Way's” into “work” to share with all the other people in the office.

September 11: I packed up 3 tables worth of poker cards by sorting them into suits, and then numerical order. I also packed up chairs at the poker tables too. I also helped mum by her photographing more blankets she has crocheted for Wheelchairs for kids. 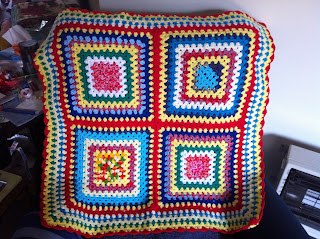 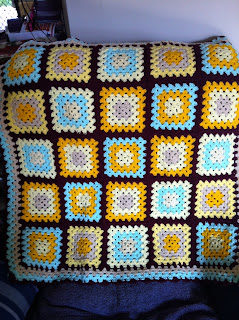 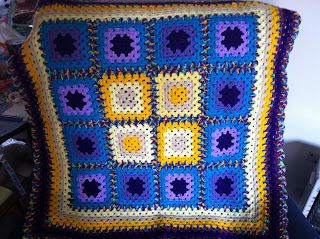 September 12: I took my mum, sister and “aunt” out to lunch at a local pub and bought food for my mum and sister (I did try to pay for my aunt but she's pretty stubborn – and we love her for it).

September 13: I returned some vases for a friend after their wedding. I also bought some stuff to use at the community day at Dads nursing home. I learned and helped mum make 9 jars of jam today (also for the community day). I also received a kindness in the form of a letter, from a friend today that made me so warm on the inside. 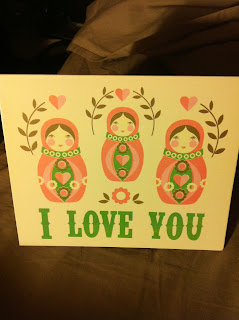 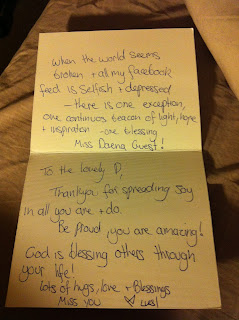 September 14: Today I made the effort to give people compliments like
“What a beautiful dog you have there!”
“Thank you for your help and I love the smile that came along with it!”
“This food is delicious – Thank you!”
“Keep up the good work”
They are small things but they are so important to explain to people that you love and respect them.
Note: today I read about the use of disposable coffee/tea cups in Australia. And started the hunt for a reusable tea cup! :)


September 15: I helped babysit my niece and nephew whilst my sister and brother-in-law worked at a fund-raiser, setting it all up. I also left a card the windscreen of my next door neighbour who was going away on holiday (very early in the morning) and who was having his birthday whilst he was away.

September 16:Today I bought milk for a family friend because they were running out. I also finished off 4 of mums crochet tea towels, by ending off and attaching the button etc., all in preparation for dads community day.

September 17: I did a load of washing, did a little gardening in our communal garden and finished off a few crafts for dads community day. I also sorted buttons for crafts. I made one of mums favourite meals and surprised her by making fruit mince pies for dessert too.

September 18: Today I made cups of tea for some of the craft ladies, I bought some of my fruit mince pies for them to taste and I also packed away the heavy but comfy chairs at the end of craft. I also made an effort to get to know some quieter regular players at my local Free Poker League.

September 19: Took some home-made strawberry jam to my “aunts” because she loves it. I also made the effort to catch up with a friend I hadn’t seen for a while.


September 20: I bottled a whole lot of pickled onions so mum didn't have to do it (and in typical Daena fashion I managed to burn my hand). I also decorated the strawberry jam jars for the community day. I also did some house work so, when mum came home from a meeting, it was one less thing she had to worry about. PHOTO 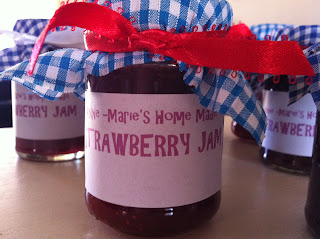 I also took mum out for a coffee break after she learned about the death of a man and doctor who had saved her life on 3 separate occasions. Rest in Peace, Doc and thank you for my mum because without your help and skills I wouldn't be here!


September 22: Today I made a cup of tea for mum to wake up to. Mum and I also dropped into dads to catch up with and give a small gratitude gift to a carer at dads nursing home, who had gone above and beyond the call of duty. I also paid for two friends to see HOTEL TRANSILVANIA with me, using my birthday gift cards.

September 23: I painted several rocks ready for dads community day. I also did a couple of hours gardening in the backyard to restore it and prepare it for a possible makeover in the future (for mum?) 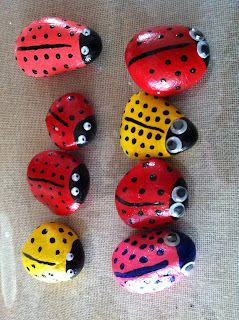 September 24: today I did some gardening in the community garden. I also spent some time cuddling and playing with the next door neighbours cat. I also photographed all the crochet topped tea towels and all the rocks. I also helped mum finish the last lolly wreaths for the community day. 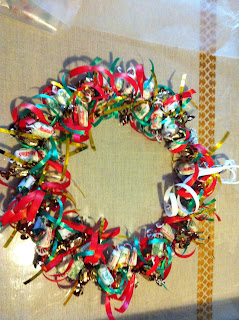 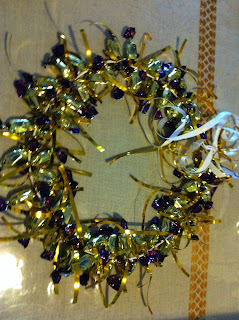 September 25: I helped a little boy who got separated from his mum in a shop, get back to her. I also made cups of tea for the craft ladies. I also acted with generosity of spirit at poker and thanked everyone I had played against – even those who beat me! :)

September 26: I helped a friend out with her uni assignment by participating in an interview about sustainability and architecture. I didn't really understand it but she needed people to answer questions about the public perspective of what she was studying, so I worked well for her. (She also used some of my answers in her university assignment). I also spoke to people I normally wouldn’t talk to.

September 27:I made the special effort to catch up with a sick biological aunt who was in hospital down south. I caught 2 buses, 4 trains, plus a car ride to see her. I also paid for morning tea with my aunt and my sister. I also paid for lunch for my sister and I on our trip back to the train station for me.

September 28: Today I made the extra effort to go to my niece and nephews end of term assembly. I also entertained 2 sets of twin boys, ages 2 and a half and three. I also safely stopped on the road to let some ducks cross the road. They were really cute!

September 29: I called doctors and tried to organise for mum to have a locum doctor because she had vertigo, nausea and passed out when she stood up. I also made mum a special dinner for her birthday today, even though she wasn’t feeling well. I also acted as mums secretary because she couldn’t answer the phone. Concentration = nausea.

September 30: today I took a special trip to the chemist to pick up the medication mum needed but had run out of. Also did washing, cooking and cleaning without being asked!

Anyway, I hope you enjoyed reading these. I do these to remind people how simple it is to do kind things. They can be things you do everyday or only once in a lifetime, but every little bit makes the biggest difference!


Have a wonderful day,
luv Daena

P.s. If you are crafty yourself and want to have instructions or be guided to any links to help you make the things i have made, please feel free to ask. :) I love to help! :)
Posted by 365 Days of Kindness at 10:00 AM