The first 12 days of January Kindnesses! its a miracle!

Hey everyone,
for those who have been following me for the last two years, this may be a huge shock to you! But here is the kindnesses for:

January 1: I did a bit of work in the communal garden and did several loads of washing for mum because she wasn't well. I also made all meals today so I didn't have to leave her unattended.

January 2: Today I drove an hour and a half round trip to return a car I borrowed. I also spent 20 minutes on the phone with a friend in distress. I just listened to her as she talked, ranted and sobbed. I made a difference just by being a friend and listening.

January 3: I met up with a few friends I haven't seen in such a long time. I helped out a friend by lending her some sewing patterns. I made a coffee for a visiting friend. I also paid for another friends dinner and drinks because he had bought our tickets to see the movie THE HOBBIT in Gold Class. I also made sure mum had a back-up plan whilst I was out, because she hadn't been very well. I also gave out the second of the TOP SECRET mission books today - this person has asked to remain anonymous!

January 4: I made a special trip to see a friend who had had a car accident yesterday, because they just needed a hug! I also helped mum by carrying her shopping out to the car for her because it was too awkward and heavy for her to do!

January 5: I checked in with my friend who had had they car accident. I also made a coffee for a visiting friend & got up early to clean the house so mum wasn't distressed about visitors in her untidy house. I also made a stand for one of my friendships – I asked hard questions of both of us and was able to move on, friendship intact.

January 6: Today I reminded a friend to take her medications, as we had been talking so long, she had forgotten. I also made the effort to go to some friends farewell, but I was late and managed to miss them.

January 7: I made the effort to visit a friend on her lunch break and I paid for her lunch. I also helped mum out when after shopping for stationary (for the Operation Christmas Child – shoebox appeal – mums getting the stationary now while its cheap), she had to get them to the car and drop them off at one of the co-ordinators houses. Also helped mum finish off some teddy bears she has been making for the shoe boxes too! Mum knitted them but I sewed them up, added the stuffing and added their faces! (some of them look a little ugly – but someone will love them!)

January 8: Today it was too hot to go anywhere so I made an effort to connect to my online community and did my best to support another person doing RAK's everyday of the year (sound familiar?) and I did that by sending them a note of support on their page. You can check this group out here!

I also helped mum – So this past week mum has been blind! I say blind because she has an eye condition called Iritis that mean that occasionally her irises become inflamed! To prevent permanent eye damage she has to dilate her eyes and that means her eyes can't regulate light & sight! So she has to have her eyes covered & be in the dark all the time! This in turn leads her to go stir crazy! I don't blame her, I don't know how I'd cope in the same situation!
Anyway, this time I had a plan though! I have recently gotten some of Matthew Reilly's books on CD which I transferred to my iPhone for mum to listen to so she would have something to do instead of laying in the dark bored out of her mind! So I set the play list up for mum with the book in chronological order (as most books are) and left her be!
I have to state here that my darling mum is not very technologically minded... But after twenty minutes I came back to check on her! She told me she was struggling to get into the book because it seemed to be jumping all over the place! Now for those of you who have read "The Contest" you would appreciate that this is pretty accurate of the story line. So I asked her which part she was up to! When she told me I was a bit surprised but decided to check my iPhone... What I didn't realise when I was putting the play list on for mum is that it was still on Shuffle from when I had used the music on it and she had been listening to bits from all chapters & clips from the book! I couldn't believe I had been so silly, apologised for my stupidity & took the play list off shuffle & she listened to the book for another four hours!
But wait... There's more!
So I had to use my phone and didn't want to inconvenience mums story time so I transferred the book to an old iPod I had laying around and then started the book up again and went & used my phone! I came back about 15minutes later to check on her & she said it seemed to be jumping around again! So this time I went to the iPod immediately! And I had done it again! My iPod was still on shuffle & was giving mum parts of the story she wasn't up to yet! My poor mother! Lol! She was pretty much having an unintentional read-your-own-adventure book read to her! I couldn't believe I had managed to do it to mum twice! I feel like an idiot but sometimes the best intentions don't always go as we plan! At least now I know to check the shuffle playlist option next time! Lol! Oh and mum loved the book, even with all the interesting side lines to it! Lol! Kindness still achieved but this one came with a good chuckle too! :)
January 9: Today I went and visited a friend! When I arrived she was part way through doing the washing up – so I grabbed a tea towel and dried up for her. She was grateful and kept telling me that I didn't have to do it! But I did! I also bought some of mums favourite food to use in dinner because she needed a pick me up with being blind for so long.

January 10: I handed out the 2nd 365days-of-kindness book to Vandra after she had done a kindness and reported it to me. “I didn't do it to get a book. But thank you” she said! 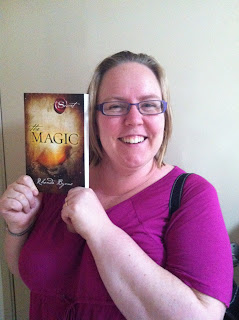 I also helped my niece and nephew earn their pocket money by giving them jobs to do around our house. I helped my nephew with the weeding and my niece with the sweeping out the back. My nephew dried up the dishes and my niece (who is only four) put out a load of washing – with a little help! To get his daily quota of jobs he also swept the floor in the kitchen, and set the table for dinner.
I also let my nephew play one of his games on my Wii after MONTHS of begging because his Wii had broken.

January 11: today I took mum down to the hospital and waited with her to be seen. I also thanked the doctors that participated in her care. With mums Acute Bilateral Iritis, what usually occurs is that it flares up occasionally and can usually be resolved in about 24 hours. But there have been added complications this time and it hasn't gone away like usual. We are back at the hospital this coming week for more tests! (So please keep us in your thoughts!)

January 12: Well you might think its still around lunchtime how is it that you have already completed your kindness for the day? Well today I actually helped a friend by editing a CV a friend was writing because she just needed a second opinion and some fresh eyes! :) Now this might not be my only kindness today, but its still one! :)

Oh my goodness! Oh My goodness! Can you believe it? I am actually up to date with my kindnesses! Its a miracle!!!! :) hehehe! I hope you enjoy this! :) I am trying to keep up to date with these from now on... life is crazy and unpredictable so don't hold it against me if I fall behind! :)