Hey everyone,
trust me when I say that I had not forgotten about this blog. Why is it that we always have such good intentions to be organised (and regular about blogging) but that's not always what happens, sadly.

So life has been pretty busy and crazy since I last blogged. But I keep thinking about this stuff... and i do try to at least post everyday on the Facebook page! :) I plan things I want to write about but its the actual effort of getting my laptop out and sorting it all out and writing up everything! I don't know if its just me but I have these days when I just want to avoid the computer and live a simpler life. Its kind of funny I guess that I can be so anti-social when I'm such a social butterfly... but I keep coming back so I guess its all good! lol!

So here are the kindnesses for the rest of ....


January 13: I went and helped a friend out at the house he has just built by helping him paint a bunch of walls in his house. I also bought dinner for my mum because I was too tired to make anything for dinner.

January 14: I drove mum to the hospital to see where we had to wait for almost 3 hours. I waited with mum, trying to keep her company. We both donated some money to the “Hospital Volunteers” who had bought us tea and coffee. I also sat & listened to an elderly Chinese woman in the waiting room for two hours as she told me her story. I also came home and sanded down the front park bench in preparation for re-staining & varnishing. I also made some “Lotion Bars” to give my brother-in-law for his cracked hands. I made a delicious and healthy dinner.
January 15: I managed to wake mum up in time for her medications and made her a hot lunch in the heat of the very hot day – because she really enjoys bacon & eggs. I offered to take someone to the train station so they could get home safely.

January 16: I helped a friend at Netball when I took care of his rings because he didn’t have enough time to put them away before they had to be on court. I also made mum a delicious pad Thai so we didn’t go out and buy food, thus saving money. Mum and I also called a friend whose neighbourhood we were in to see if she wanted a visitor or 2 but she wasn’t home.

January 17: today I promoted a friends play “The Standover Man” at the Perth Fringe Festival. I bought mum afternoon tea and made a healthy dinner. Whilst mum and I were shopping we had seen a woman in the store sobbing her eyes out, surrounded by supermarket staff, when we exited the store the same lady (Still in distress) was leaving from the same exit and her care wasn’t far from ours. I helped her out by helping her steer her trolley down the ramp and asked her about what had happened. Apparently her wallet, with a whole bunch of money, had been stolen in the supermarket and she was freaking out because she was a single mum with very little, making a fresh start in a new state. Mum and I spent time talking to her and reminding her that there was some small blessings like the thief had been caught on CCTV and that the supermarket had given her the trolley full of shopping for free – which is a credit to the supermarket. She left a little calmer. Mum ad I also stitched up some teddy bears for the Samaritans Purse Christmas Shoebox appeal (which will start collecting in October).

January 18: I met with one of my dads friends, after organising a time for her to come and see dad at his nursing home. She used to visit my dad as a volunteer from the Red Cross. And when she had graduated University and moved interstate she was sad to leave dad. But when she came home to visit her family recently she made the effort to come back to visit dad too. It was lovely for him to see her and vice versa. We organised a card from Dad to her too. I also invited a neighbour in for a coffee before I went and picked up a friend to take to a wedding because his partner was in the bridal party. I also acted as an MC (Master of Ceremonies) at the wedding reception & drove some friends home because they were drinking.

January 19: I did a lot of sleeping after the weekend. I also organised a friends gift for a baby shower, bought some stuff for the shoebox appeal & spent the evening sewing up teddy bears & giving them faces & sewing details on them. I also made mum quiches for dinner, and made her a pot of tea (which we don't do very often) to help cheer her up a bit. I also helped out a mum at the shops by showing her where the the highlighters were because I had heard her talking about her kids “Back to School List” and she was struggling to find them.

January 20: I helped mum write a note to a friend for a baby shower, I also too a tray of food around (particularly to my sister because it was food she was allowed to eat). I also put the first coat of stain and varnish on the front bench today (a job I never thought I would do). I made some “Vick’sVapour Rub Shower Disks” for the family to use if they need to. I also sewed up the next 3 teddy bears and gave them faces ready for the shoebox appeal.

January 21: I did the final two coats of stain and varnish on the park bench. It looks really good – very inviting. It also makes a nice place where mum & I can sit down on a cool evenings & enjoy a cuppa or a cold drink. I also helped make her bed because she had to clear off all the paperwork before I could help her change the sheets into new ones she got for Christmas. 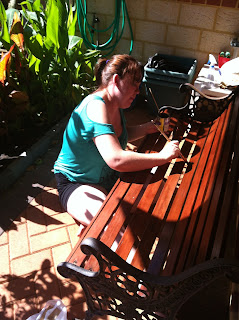 January 22: I acted as a chauffeur and waited with mum while the RAC man came to replace our car battery. I also helped a lady get a lady a shopping trolley & chatted to strangers I was in line with, to pass the time. I also helped out at Poker by sorting cards, stacking chairs & putting a table cover on. I also chatted to a stranger at Poker and made a new friend.

January 23: I posted to my blog and recognised people who had made a difference to me. I played a full game of netball! We lost but I learned a lot! We were down a couple of players so I stepped up and did my best. I also made mum Prawn Pad Thai after netball.

January 24: I bought my favourite Soy Chai Latte (& some chicken bites) and shared them with a friend. I also finished 3 more shoe box teddy bears. I spent the evening with my nephew watching our favourite shows – Starwars and Grand Designs! 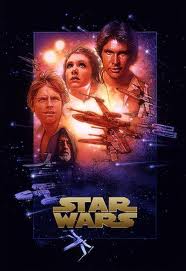 January 25: I finished 3 more teddy bears. I also watch Starwars (2 movie marathon) with my nephew that I have been promising him for 6 months. My nephew and I also walked down to my dads nursing home (so he could visit his grand-dad) & we could deliver much needed supplies. I also put the dishes away for my sister after dinner at IKEA! 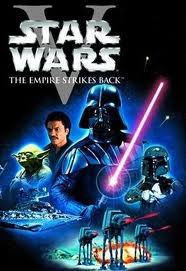 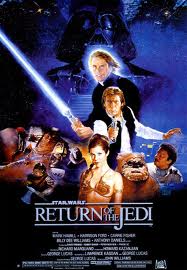 January 26: I completed 3 more bears and watched “The Princess Diaries” with my niece because she was sleeping over. I also made her her choice of bacon on toast for breakfast. I also got a friend a drink and offered to drive another friend home, but he ended up staying the night.

January 27: I prepared salad, sausages and rolls to be used for a picnic lunch. I also provided a friend with shoes so she could go to a pub with us and not have to go home first.

January 28: today I made tea and coffee for my neighbours as a thank you for work they had done in our garden. I also made coffee for a visiting friend. I also made the effort to drive to the other side of town to see some friends I don't see very often.

January 29: today I wasn’t well but got up and went with mum to go to the Drs. I also made a cuppa for my mum. I helped pack up at Poker & talked to & included new people into “the regular” players. I stacked chairs, sorted & packed up the deck of cards & packed up the table and covered it. I also cheered on the final players.

January 30: I was in a lot of pain today die to some long standing health issues but I did couple of loads of washing and even managed to make dinner for my mum, after spending most of the day in the foetal position.

January 31: I finished off making a digital calendar for my sister & sending it to the company (Creative Memories) for printing. I added important dates and edited/sent it off whilst adding all voucher information and such to the order.

I hope you like this... I will be getting up to date very soon... again! lol! I'm sorry if you have been keeping an eye on the blog and been disappointed I've not been posting regularly! As long as you keep YOUR kindnesses up then I will be very happy! :)

Thank you so very much for keeping checking out this blog and supporting me! :P

Lots of love....
from Daena xxxx

p.s. to those of you who have been keeping my mum in your thoughts and prayers because of her eyes, things are getting better. She is on her way to being healed... thank you all for your love and support! It has really made a big difference to me & mum! :D