Hey everyone,
I guess you may be surprised by the fact that I am writing again so soon! I am! :) But i figured that if I was on a role, I should pursue that! :)

Before I go on, I just wanted to say thank you for your support over the last few years. In the last couple of weeks we have had an awesome increase with the Facebook page too. And I am just so happy that I can share my daily practices with you all. If you havent "Liked" the facebook page then you can do so here http://www.facebook.com/365daysOfKindness so you can get updated when there are new posts and photos/statuses from me.


Anyway, so here are the Kindnesses for...

March 1st, 2012: I did a couple of loads of washing with out having to be asked.

March 2nd, 2012: I sent messages to a friend on her birthday, who was also having a really hard time.

March 5th, 2012: I made several phone calls to a fast food chain, on behalf of another family member, as they had lost half of our order. I always approach these as accidental problems that crop up every now and then, and am always as polite as possible.

March 8th, 2012: I baked several batches of low GI cookies so mum had some “healthy” options for snacks and also baked a cake.

March 9th, 2012: I took books to a family friend to give ideas of what cakes we could make for her 40th Birthday Party. I also took my niece and nephew for a walk and played I-Spy to keep the kids out of the room whilst their mum was having a doctors appointment.

March 10th, 2012: Invited the neighbours over for a piece of home-make cake and coffee.

March 11th, 2012: Sent a message offering support to a friend who needed some TLC.

March 12th, 2012: Went to a store to get fabric for sleeplessness & ended up helping a stranger by picking up a role of fabric they had dropped to the ground.

March 13th, 2012: Acted as a chauffeur for mum and also suggested mum buy a Starwars Lego book for a friends birthday.

March 14th, 2012: Took mum to a mid-week church service, also a much shorter service, and helped her when she couldn’t sit down any more.

March 15th 2012: Sent a message of love and encouragement to a friend having a hard time and offered to help out. (Wrote Blog Post available here)

March 16th, 2012: Went and picked up cake decorating supplies for mum and I, so at we could make a cake.

March 17th, 2012: Poured mum a drink for mum, for the anniversary of my Grandfathers death.

March 18th, 2012: Volunteered to water plants for a friend going on holiday for several weeks.

March 19th, 2012: Went and visited dad because he had had a fall at his nursing home. We calmed him down and supported the nursing home staff.

March 20th, 2012: Took my mum to her bible-study and craft. Visited dad to make sure he was okay after his fall. Also made mum and the other craft ladies cups of tea.

March 21st, 2012: Took mum to church, made cups of tea (for morning tea) then helped with the washing up afterwards.

March 22nd, 2012: Visited dad and took him some of my home-made cookies. Pushed one of dads fellow house-mates (in a wheelchair) to the dining room for lunch.

March 23rd, 2012: Drove mum to a doctors appointment. Made cake for a friends 40th Birthday, AND also supported a friends 1st full length play (that she wrote and directed) by going to see it with some of my friends. 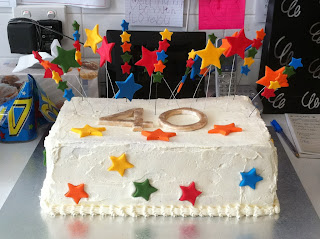 March 24th, 2012: Dropped the cake off at a friends house, dropped mum off to my sister, and then drove for an hour and a half for an engagement party and acted as skipper.

March 26th, 2012: In a difficult situation acted positively and responsibly by acting with integrity against the perpetrator. (Wrote Blog Post available here)

March 28th, 2012: Babysat my sisters kids for a few hours after school. Made them snack and played with them.

March 29th, 2012: Took my niece to school, drove to the children's hospital, acted as a chauffeur for my nephew and sister, and then drove them home after my nephews appointment to have the metal rods in his arm removed in surgery.

March 31st, 2012: Went to the Salvation Army fete and helped by cooking sausages and cleaning up afterwards.

*Please remember that there was also probably other stuff done on these days, but these were the kindnesses we were able to piece together after loosing all my kindnesses due to a technological glitch with my iPhone, TWICE! Needless to say, I have now gone back to using Paper and pen to record these kindnesses.

Well, I hope you enjoyed March 2012s Kindnesses. Thank you for your support on both the Facebook page and this blog (and in person/email), without your love and support I wouldn't be able to do what I do everyday. So thanks, you rock! :)
Love and hugs, Daena x