I AM ALIVE... just incase you were wondering! April kindnesses

Hey everyone,
I bet you were starting to wonder if i had fallen off my perch... but no i haven't! :) For the last few weeks i have had some work in the big city and so have been busy with that, and very tired. Mum was looked after by friends and family alike (kind of a mummy sized pass-the-parcel) so that i could be available for the "work".

Anyways, I am actually excited to tell you that i am sharing APRIL 2012's kindnesses.
Finally! ...You might say! I agree with you. May shouldn't be too far behind! :) Hooray!!! June is the month that I'm missing a chunk of ... so I am still tracking down that... I might have to miss a few days here and there... which is devastating... but we shall see... I may find miraculous writings of my own somewhere that has more information. Rest assured that July, August and September (or the half of September that I have already done, have good records! Hooray! :) I have given up completely on the whole recording in digital form (unless its just to transfer it to this blog) but I have good paper records now!

April 1: I went through my many books/ bookcases and created a box of books to give away, which I eventually did! (See Blog here).

April 2: Whilst Driving, I let a stranger trying to cut across into my lane and gave them enough space to do so safely, where I didn’t have to.

April 3: I acted as a chauffeur for mum, driving her to bible-study and craft. And whilst she was at craft I did the washing up for the craft ladies.

April 4: I watered a friends plants and played with their lonely cat and bought in the mail, whilst they were on holiday.

April 5: Sent Birthday wishes to my aunt and made a special trip to picked up mums medication from the chemist.

April 6: Made batches of cupcakes for a friend to take to a hens day.

April 7: Made Easter Chocolate slice and cookies to take for Easter Sunday. Did 8 hours of gardening.

April 8: Took a sick mum to the emergency room after the Easter celebrations (See blog here.)

April 9: I took both of my disabled parents out for lunch.

April 10: Took mum to the doctors and to an emergency CT scan

April 11: Took mum back to the doctor and then took her out to lunch

April 12: Made a new friend and encouraged and laughed with them.

April 13: Did gardening down the side of the house (see blog here.)

April 14: Paid for snack and dinner for some friends

April 15: Drove back from a trip to a town down south, so that a tired friend didn't have to (2 hour drive).

April 16: Recorded a video message fro a favorite & famous person to make them (and all who saw it) laugh!

April 17: Acted as a Chauffeur for mum, did the grocery shopping and picked up some rubbish in Kings Park Botanic Gardens. 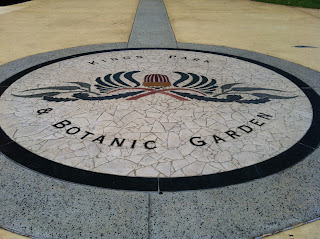 April 18:Visited a friend who had just returned from New Zealand. I also showed one of my out of town cousins around IKEA and acted as a tour guide (As they only had limited time).

April 19: Visited my dad and got him to sign a card for a friends wedding.

April 20: Helped clean up after the wedding and shared my pop-tarts with mum (HUGE KINDNESS! lol!) 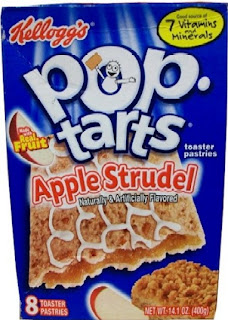 April 21:Acted as a photographer for a family friends 1st birthday!

April 22: Was extra cautious on the road whilst driving

April 23: Mum had a bone-scan and I drove her to and from it plus I took her out for breakfast (It was very early in the morning!!!)

April 24: Bought and planted new roses in our communal rose garden for my set of units

April 26: Went and saw a friend play in a band at a pub and cheered him on! (This is my friends band : http://www.facebook.com/BlatjangMusic )

April 27: Picked my niece and nephew up from school and took them with us to help some friends move house.

April 29: Again helped friends move house. Finished and cleaned 5 rooms on my own.

April 30: Acted as a chauffeur for mums doctors appointments. I was also able to give the surplus stuff (from the couple moving house) to charities to be used for blankets for “Wheelchairs for kids” and for other good causes. (See blog here.)


Hope you enjoyed these kindnesses... like I said before... I am hoping May isn't too far behind! :)


p.s. don't forget about the Facebook 365 Days Of Kindness Page :http://www.facebook.com/365daysOfKindness
Posted by 365 Days of Kindness at 3:26 PM