Hey everyone,
Well, I think the heading of this post has given this Miracle of Miracles away... but here are the June Kindnesses.

I know, you are as shocked as I am a) because this is the 3rd post in 3 days (I'm never this organized)
b) because there are JUNE kindnesses (& they were missing)
c) because this title mentioned MIRACLES...

yes I know.. some of you get over excited and that's just because of your overwhelming amount of enthusiasm for this project! For this I am very grateful! :)

So let me explain how this miracle came about. Yesterday I was talking to mum about how i was probably going to have to do this post in like 6 months time, because it would take me that long to track down what i had done. So she says that we should have a catch up with our diaries. So that is what we did today. No... sadly mum didnt have all my kindnesses listed, however she held the key! THE ELUSIVE KEY!!!!

In her diary, mum had written that there was an 8 week program launched by the Salvos and some Australian Television stars that asked people to pledge and record their kindnesses with an aim of reaching 1million kindnesses! BRILLIANT idea they had! I don't think it was AS successful as they were hoping (in fact I was hoping too). But they still had an awesome turn out! :) If you want more info on this awesome project you an check it out here...http://www.1millionacts.com.au/8-week-challenge

Anyway... The awesome part about this whole thing is they had a personal diary where you could record the Kindnesses you had done.

I think you see where i am going with this... I logged on to the website, found my personal kindness diary for the 1 Million Acts of Kindness page and voila... I have kindnesses for JUNE!!!!! This website has restored my faith in technology. Because it was technology not paper that saved me this time! :) HOORAY!!!! (can you tell i'm a little excited about this?).

One slight hitch, was that they recorded the lists by weeks and days not by the dates... so week 5 should have been week one of june... etc... I HOPE! So some of these may be right but others are definitely right! :) I did these things, around that time... so fingers crossed i got the rights dates! :) :D

So... Drumroll please... Here are the Kindnesses for...

June 1: I helped a neighbour with the groceries carrying them from the car to their unit.

June 2: I let someone one in front of me in heavy traffic and gave them a little wave

June 3: Smiled at strangers who passed me on the street. If they acknowledged me, I said “Hello” or “have a great day”.

June 4: Made a point of telling my friends and family I love them. I also left post-it notes on the bathroom mirror.

June 6: I sent postcards to some friends who live over seas. 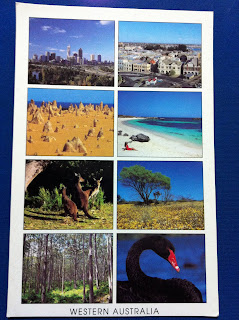 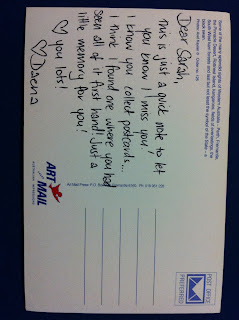 June 7: Held the door open for a stranger at the doctors.

June 8: Cuddled my next door neighbours cat – “Ginger Megs” and spent time sitting on our park bench and playing with him. He loves cuddles.

June 9: Gave 5 compliments to 5 different people. I was also generous with my time.

June 10: Had to answer lots of questions about babies and marriage with my 4 year old niece.

June 11: I helped a friend with their to-do list

June 12: I offered to share my umbrella with a stranger. I also donated food to the food bank

June 13: I submitted a POSITIVE feedback form to a business after I had received good service.

June 14: Took mum to a furniture store so she could get a LayZboy chair (that spits her out of it).

June 15: I lent an inspiring book to a friend (“The Power of Kindness”), and I also left some newer magazines at a doctors surgery.

June 16: I took my mum out to lunch at a local restaurant, Thanked my mum for all the things she had done and continues to do for me.

June 17: I had a conversation with someone that I wouldn’t normally chat to.

June 18: Went to a friends house to learn how to use the washing machine, dish washer & heater for mum and I ready for us to house sit.

June 19: Sent around a funny photo so make my friends laugh. 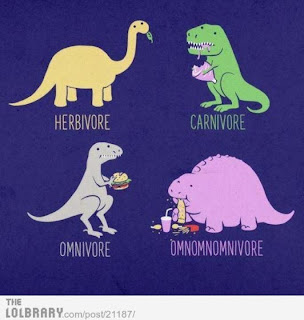 June 20: Distracted mum from her pain by hiring some DVDs and having a movie day at home. Saw movies “Monsters”, “New In Town” & “Monty Python Tribute”

June 21: Supported mum whilst she completed making scarves for my brother-in-laws scout group.

June 22: Took a new Clock, bananas, and deodorant to dads and dropped off a whole lot of Jars at my sisters house for her to use to make jams etc. to be sold as fund-raisers for the school.

June 24 (SUPANOVA): Drove a friend to Supanova and then dropped them off at a train station afterwards.

June 25 (my birthday): Made the effort to personally respond to everyone who sent Birthday messages and say “Thank You!”

June 26: Gave 5 compliments to 5 different people. I was also generous with my time.

June 27: I spent some time with a friend and helped her by holding up about 5-6 blankets to be photographed before they were given to a neonatal clinic.

June 28:Spent some time getting mum and I organized to house sit. Plus I made mum cups of tea and did several loads of washing without her asking me to.

June 29 (house sitting): I bought a friend a coffee at the Green house, a Eco friendly coffee shop in the heart of the city. (see www.greenhouseperth.com)

June 30 (house sitting): Mum and I got up at 4.30am and took our friends to the airport, so we could house sit their house.
NOTE: The big problem with this was that their dog Amber had to be hospitalized on the 29th of June and came home before they left (assuming things would get better) but that wasn’t the case. So mum and I spent a lot of time with the sick dog on this day and into July. Which was very hard on the couple that went away...

So I will keep you informed about what happened in July with the sick dog and also helping organise a friends wedding! :) Which was awesome! :) I even have a few photos to share!

Okay, well you have probably heard enough from me today! HOORAY for JUNE!!! (ok... now its officially enough).

Hope you have had or are having a wonderful day!