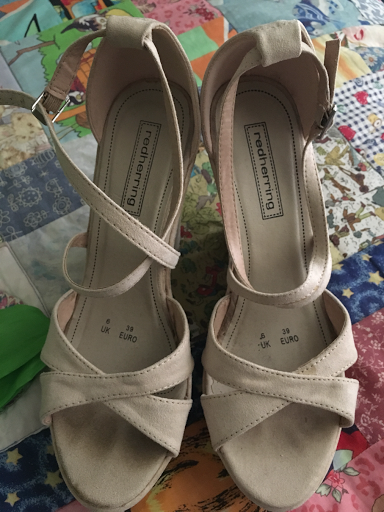 Those who are long time followers of this blog know that for the last few years I have been doing a thing called "Sustainable September". It's basically a month of environmental kindnesses. Often I feature "repair something" as an idea of what to do on one day. When I went to get the shoes repaired to give away I also took 3 other shoes with me to get repaired. A single Ugg Boot (sheep skin slippers) and a pair of multi-use canvas wedge boots that are basically tall boots that fold down to an ankle boot for a different look.
I only just noticed the hole on my ugg boots where the top has separated from the sole of the slipper. It turns out that to get it professionally fixed it will cost me about $30 for the single shoe to be fixed (& if I need the other one fixed it could be another $30). A new pair would cost me about $50 (not the best quality but it would be about the same as I have already). Or I can hand stitch it myself because I have a lot of tools to give it a go.
The second pair are apparently too far gone now to be repaired. Which is heartbreaking. I have been advised by two different cobblers to go to a bootmaker to get them recreated. I think I will do that too. They are the best designed shoes I've ever had. So even though I cannot prolong their life they will be used as a "pattern" to make a new pair of boots for me. So they will be used again. I guess that's something.
My plan to be as environmentally kind as possible didn't work quite how I had hoped it would. A simple repair from a professional, in this case worked up for about 1 in 3 pairs. I guess I'll just have to stick to repairing stuff ready for donation. Or doing a dodgy repair job myself... for the ugg boots at least. Hehehe.
For me, repairing things is a kindness to our planet and to those we are repairing them for (in my case it's the opshop). In terms of the nude wedge heels, I had the strap repaired on today, restoring them to their former glory helps them be saleable and raise money for charitable works. I help many charities by using my stuff, my time... not just my money (although I do that too).
Remember to be kind to the planet, your self and those around you.
Why is kindness so important? 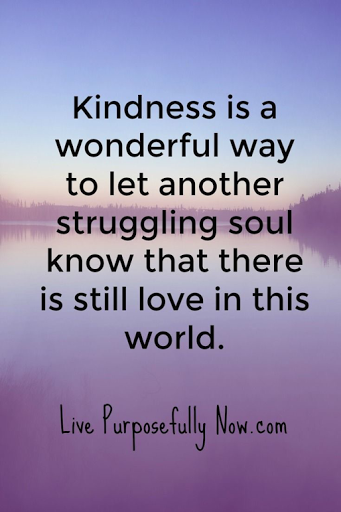 Check out this quote and others on my Pinterest Board.
Love to you all,
Daena x
Posted by 365 Days of Kindness at 11:36 PM