Hi everyone,
so it occurs to me that "dejunk" has a negative connotation when we are talking about kindness. Who wants junk in their house? I sure don't!
When something is no longer of value to me but could be of value to someone else I'm going to give it to the person who can get more use/value out of it. I have a lot of stuff like that. So many bits and bobs. And whilst I refer to it as "dejunking"... the word "junk" has negative connotations and doesn't sound like it's going to be useful to anyone else.
So I decided to start referring to this collection of posts as "gifting" to charity not "dejunking" for charity. I hope that makes sense. It's still 40 days worth of writing, gifting and kindness. It's also about passing on items that are not useful, being value to my life or do not bring me joy either. These are my bench marks for giving something to charity for Lent. Amazingly there are lots of things in my house that fit into this category!
So what has a lot of value but isn't of any use to me anymore?! 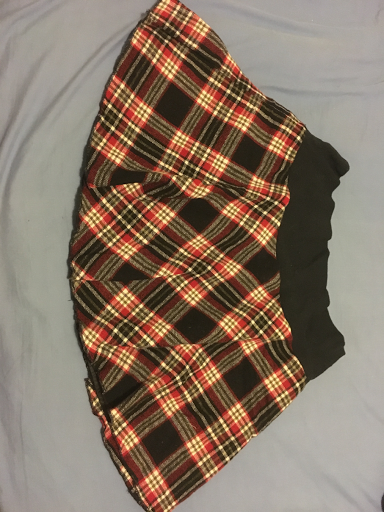 Last week I wore this skirt as part of a costume for a gold themed party. It kept falling down during the night & even though I have had it for over a decade now (wow... that's scary) and I've used it a lot, it's time to pass it on. It's still got life left in it! But thankfully because I've logs a bunch of weight it's no longer of value to me. And a skirt that falls off isn't going to be useful to me at all!
So I send it off into the universe to find a better home than I can give it!
And hopefully someone gets as much, if not more, wear out of it than I did.
Today I spent a chunk of the day with my niece playing lego & playing tea partieswith real tea and real china tea cups (which she got from me for Christmas).
The other thing I spent the afternoon doing is delousing chickens. Our baby chickens have somehow ended up with a mite/flea so today we had to catch and treat every single one of the 10 chickens. 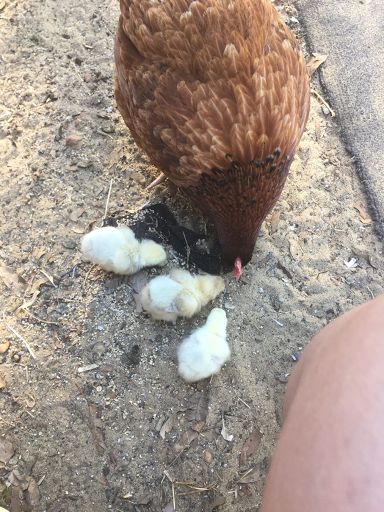 Apparently it can be quite serious so hopefully all of our three baby chicks make it through this infestation.
My amazing brother in law even went through and scrubbed, sprayed and cleaned the chicken coop, all their perches and anything else that could possibly be done. Including turning over the dirt in their coop with special nutrient dense soil.
I must admit I ended up with scratches to my face and belly (the older chickens are not used to being handled or caught but we will have to rectify that now). My awesome sister had the job of covering the chickens with the flea powder which was both comical (I ended up wearing more powder than the chickens I was holding) and sad (we didn't realise that all of the chicks & most of the chickens have the problem because they don't let us close to them very often). So we worked hard to look after our birds and my sister, my nephew (who helped herd chickens), and I managed to get 10 feisty female chickens covered in the special flea powder ... we also got two human adults covered in it too! Thank goodness for hot showers and good soap!
Anyway, that's a small insight into my day. Hope you are all.
Remember: "Be Kind. For everyone you meet is fighting a battle you know nothing about"
Love to you all,
Love Daena
Posted by 365 Days of Kindness at 11:29 PM