Sometimes a colourful graph makes all the difference. My niece who is 9 has been resistant to the lent gifting game that the rest of us are playing. She reluctantly gave me some books the other day to be donated and mainly to fit new ones in that she got two weeks ago for her birthday. She told me flat out that she didn't want to play. Fair enough, I thought.
I decided, today, to go through the bag of "stuff" that I have in my room from various family members. I wanted to figure out who was up to where on the donations. Mainly so I could remind them when they need to gift something. I made a pretty graph with 6 columns (for each family member) and coloured in the number of items to the family member who donated it. Basically colour coding so I could figure out who gave what. 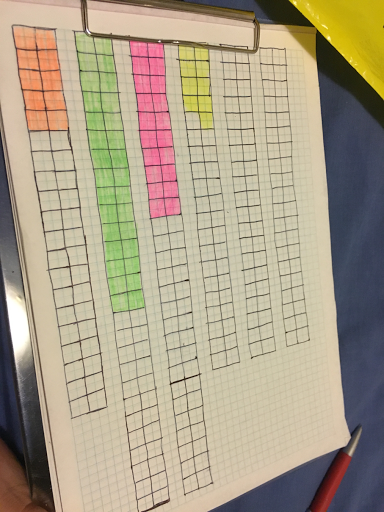 My nephew was so enthusiastic to play at the beginning he gave me about 7 items on day one and has been putting stuff in a bag in his mums room with glee ever since. My niece resisted until she saw my pretty coloured graph today.
The column for me is mostly green with the most boxes coloured in. Like my nephew, I'm getting rid of things with glee. I have stockpiled about 30 days worth of items to gift to charity already. I have photographed them for this blog and for my own archives. My niece saw my graph, loved it and decided to get some more stuff so she could colour in some boxes on "her" column.
It was no nice to see my niece go enthusiastically to her room and bring me back things that she knew she didn't like and that were too small for her. She did lament that she wasn't allowed to throw out her school uniforms (we have all been there). We laughed and she got to colour in more squares. "Does a basketball card count?" I nodded. "What about a book mark?" She asked quizzically. "Only if it had a book to go with it!" Two books and two bookmarks is pretty good for a bibliophile like my niece. I am just so proud of what she did today and the enthusiasm with which she did it. All because I drew some boxes on a page. Hers is the pink column!
Just to clarify, I have only been through the bags in MY room. There is another bag or two in my sisters room to be coloured off on the appropriate columns for my brother in law and mum... more to be added to my nephews blocks too.
Anywho...My offering today for the lent gifting game is a makeup kit. 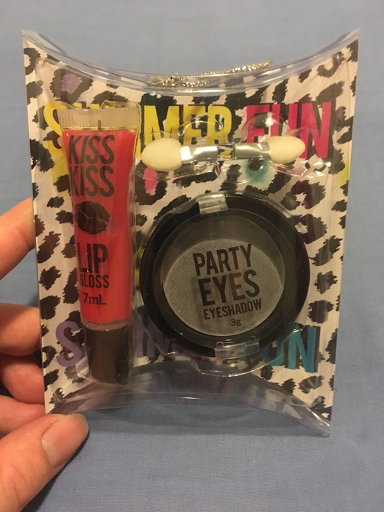 It has never been used and I got it for like 5cAUD as a discount at Kmart.
I don't wear much makeup, mainly because my body is so sensitive to makeups & chemicals. I get a bodily reaction to so many different things so I'm not sure why I bought this kit.
I can't think of anyone who it should go to who is either a friend or family member. My friends that love makeup spend their money on good quality stuff and don't bother with stuff like this. And the ones that don't like makeup (like most of my family) well... they aren't going to want it either. So donating it seems like the best idea for me.
I now think it's crazy buying something I can't use or don't want to personally use just because it's cheap. Unless it's on my list for gifts (but I'm planning to give less "stuff" and more experiences). The makeup kit has become just another thing that's sitting around my overcrowded house and filled with great intentions. And I don't want to pass it onto someone who doesn't want it or need it. Donating it means i don't need to look for another home for it. Yay!!!
It is International Women's Day today around the world. So I will leave you with a quote from one of the most inspiring young women Ive read about... Malala Yousafzai. 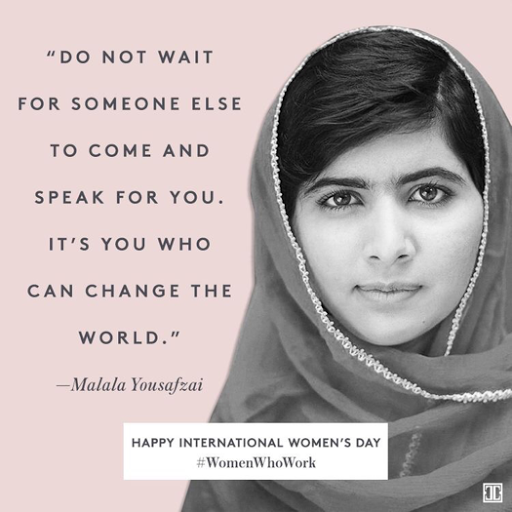